Privately-owned underground mining contractors continue to dominate the hard-rock space and another Australia-based firm has turned its attention to wider offshore opportunities as it starts work in the Philippines on OceanaGold’s Didipio gold-copper project on Luzon. 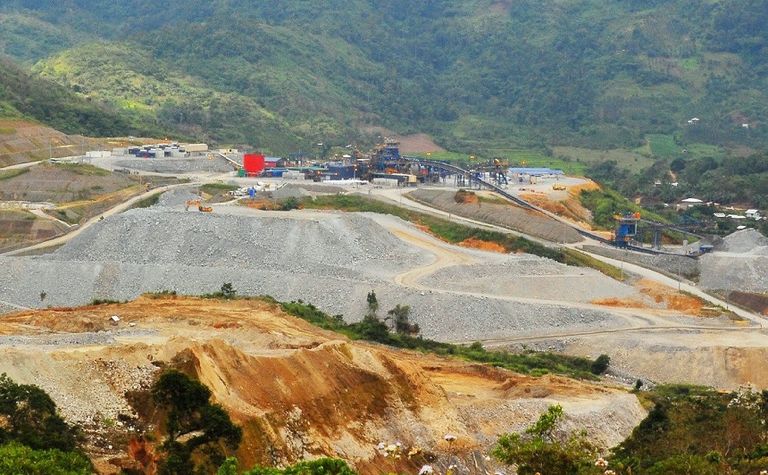 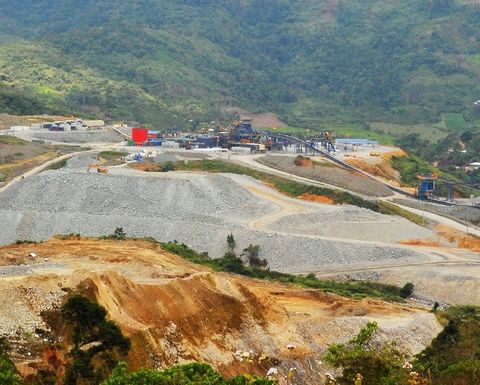 PYBAR Mining Services, which has become the ‘third force’ in Australia’s underground hard-rock contract mining market (with Byrnecut and Barminco) over the past decade, is providing mine development and raise-boring services at Didipio under an 11-month initial contract. Its newly acquired RBR600-VF raise-bore rig is due on site by the end of this month, and underground development works got underway last month.

OceanaGold, openpit mining at Didipio at present, needs underground exploration drifts advanced to enable drilling on high-grade extensions of the Didipio deposit at depth in the second half of this year. PYBAR is also developing three 5.5m-diameter ventilation shafts to depths of 135m, 150m and 220m to provide more infrastructure for planned underground production.

The contractor, based in Orange in country New South Wales, started business more than 20 years ago and is controlled by the Rouse family. These days it has about 500 direct employees, plus a further 300 or so with group entities HMR Drilling Services and JTMEC. It is privately owned and therefore keeps most financials under wraps, but is said to be “not highly geared” and with annual revenues in the A$200-250 million range.

CEO Paul Rouse, a veteran mining engineer and former mine manager and general manager, says the company is well placed to grow given its established credentials in rapid underground mine development and increasingly diversified services base.

PYBAR director and business development head Brendan Rouse told Mining Journal while the Western Australia gold sector was presenting new opportunities the overall Australian market was in the doldrums, with clients deferring projects and other development timelines slipping. The company was fighting to replace income from the soon-to-close Osborne copper-gold mine in Queensland – one of the five largest hard-rock underground mining contracts in Australia by revenue – and had taken a wider view of the market.

Recent contract wins include Kidman Resources’ Burbanks gold mine in WA, the A1 Consolidated gold mine in Victoria, and Didipio.

“We have had a number of wins this year, albeit not at the scale required to fully replace the earnings from Osborne,” Brendan Rouse said.

“It will be a tight contracting market overall [in 2016] but there are pockets of opportunity. Most of the opportunities will be in gold in Western Australia where a number of gold operations are likely to commence in the next 12 months.

“Increasing our presence in WA has been a key strategy for us over the past two years and has proven successful with a number of wins in the region.

“When things are tight, clients tend to start shopping around for value. We have been continually improving our underlying efficiencies under the catchphrase of ‘raising the bar’. Further, we have been capitalising on our capacity to deliver fast mobilisation and safe, rapid development to accelerate production – a big value-add for our clients.

“While we have worked on some of the largest contracts in Australia, we also believe we are not so inflexible that we can’t deliver on any sized contract under commercial arrangements which align our interests with both our core competencies and those of our customer.

“Of recent, an affiliate entity of the PYBAR group, Diversified Minerals, has taken up equity interests in some smaller mining companies and projects which are currently operating but seeking to improve. For us that opens up the opportunity to make a strong case for the provision of underground mining services at these projects and the value that offers the client as we are seen to have some skin in the game.

“These contracts are relatively small, but if you are confident you can improve efficiencies a smaller contract can deliver a much larger benefit.”

Rouse said PYBAR was also fast tracking implementation of a number of “commercially viable value-adding technologies” it was confident would deliver benefits to the company and its clients.

“We have also been working to expand our drilling capabilities to bridge the gap we previously had between our production drilling fleet and our small-diameter raise-bore and box-hole boring capabilities. Via the acquisition of some key equipment we can now deliver a best-for-project solution with competitive rates and service to any underground mine in the country, and indeed internationally.”

The Philippines could be just the start for PYBAR as it’s known to be keen to head down the well-trodden path, for Australian mining services companies, into Africa and a new alliance with a leading small, listed drilling contractor is expected to speed its progress.

US company and Santiago uni in water-saving lithium cooperation