Rio2 and Sixth Wave to test IXOS at Fenix project 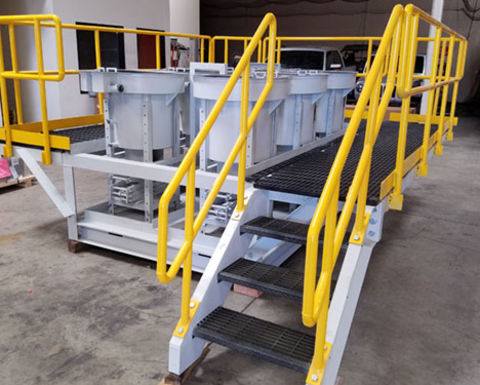 The new contract follows the successful completion of testing on representative samples of ore from the Fenix project at Sixth Wave's facility in Salt Lake City, Utah, US. The companies signed a Letter of Intent (LOI) in September 2020 for Sixth Wave to perform a combination of leaching and recovery tests on the samples to determine if the IXOS technology could be used to enhance the extraction of gold from the ore.

The tests established that IXOS mining technology outperformed activated carbon on several key metrics such as gold adsorption efficiency, ease of elution, and overall adsorption kinetics. Data from the laboratory tests was also used to perform a comprehensive costs/benefit analysis, along with ongoing testing performed by Rio2 on activated carbon as part of its pilot operations.

Other information gleaned from the analysis included the expected plant size, potential CAPEX and OPEX savings, and expansion capability/pathways. The IXOS polymer, which can be reused, could have a favourable usage life when compared to activated carbon, especially with scaling agents in the mine's water source.

This reinforced the decision to progress the project to the next phase of test work. The companies stated that the move to near-site testing is an important step forward and represents a significant investment in the trial test project.

For the next stage, Sixth Wave will use the IXOS mining technology to perform recovery tests from leach solution, along with leaching columns that Rio2 had already commissioned and utilised to evaluate parameters such as adsorption kinetics. These tests are scheduled to begin in the December 2021 quarter, assuming that the current COVID-19 restrictions in Chile will be lessened.

The tests will include on-site operation of the system under a variety of testing scenarios for 50 days, which is designed to validate IXOS performance as well as determining additional details regarding the cost/benefit analysis. A parallel set of activated carbon columns will also be tested so the two adsorbents can be directly compared under common testing conditions.

This phase of the project will also explore the potential reduced CO2 emissions and associated carbon footprint, as well as other positive environmental impacts, of using IXOS mining technology instead of activated carbon in the processing plant. Rio2 noted that IXOS operates at a lower power consumption than activated carbon with fewer reagents, meaning that if IXOS shows continued advantages in overall process efficiency there are opportunities to enhance the company's environmental, social, and governance (ESG) values.

As part of the agreement, Rio2 will fund expenditures such as the operation of the pilot equipment during the test, external test work and travel expenses. Nicol Newton, director of technical services at Sixth Wave, will lead the team and will be accompanied by Dr Glen Southard, who is one of the inventors and developers of IXOS. In-kind labour will be provided by Sixth Wave to support testing and analysis, as well as all the testing apparatus and pilot equipment that will be used during the test work. Once the column test pilot programme is completed, the field kit will be returned to Sixth Wave.

Following the pilot, the companies plan to move to a second phase of near-site testing that will incorporate IXOS into a long-term pilot plant. This plant will operate alongside the currently planned carbon adsorption circuit, and will provide long-term operational data including the determination of the useful life of the IXOS polymer beads, and specifications for full-scale implementation pegged to the mine operation and potential future mine expansion plans.

Dr Jon Gluckman, president and CEO of Sixth Wave Innovations, said: "Sixth Wave continues to be very positive on the project and working relationship with Rio2. Moving to near-site testing with a solid and well-focused test plan will validate and extend the laboratory testing already completed and help both companies make defensible, data driven decisions about next steps toward adoption.

"We have really been impressed by the Rio2 team and the investment in time and resources that they are making to further this programme. We will continue to do our part to deliver a positive return on this investment through our contributions to the cost sharing and delivering tangible benefits to Fenix gold project."

Alex Black, president and CEO of Rio2, added: "Rio2 is always looking to embrace and trial new technology with the objective of bringing enhanced value to our stakeholders through the reduced CAPEX/OPEX opportunities that innovative technologies may bring. The Fenix gold project is currently the largest undeveloped gold heap leach project in the Americas and we look forward to working alongside Sixth Wave during the development phase of the project."

Trial will use molecularly imprinted polymers rather than carbon for gold adsorption process.