thyssenkrupp Industrial Solutions is supplying a coal-handling system for a new terminal at the port of Lavna, near Murmansk in Russia 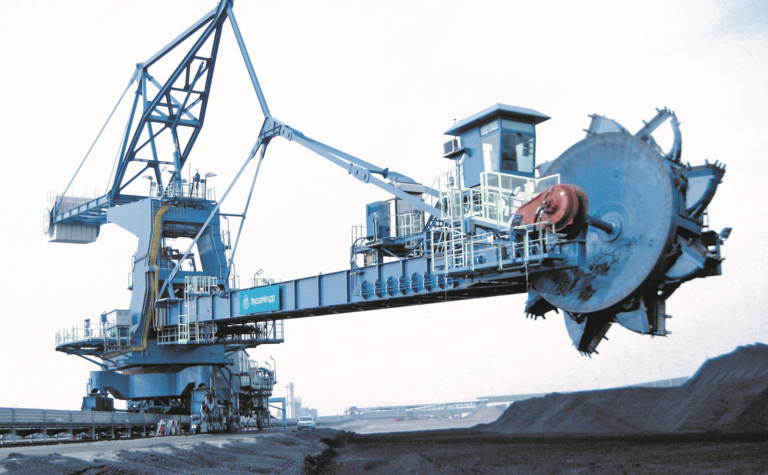 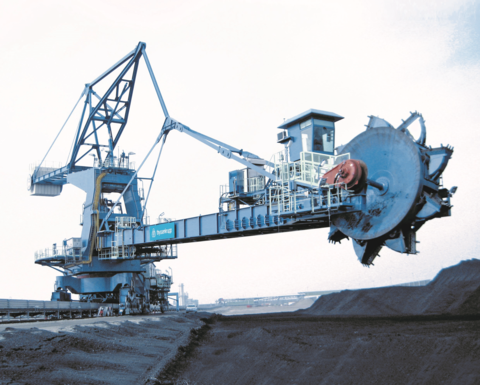 Among other equipment, thyssenkrupp is supplying a combined stacker-reclaimer for the Lavna project

The system will form a key part of the new coal terminal project, which is being implemented by the State Transport Leasing Company (STLC) on the western shore of Kola Bay.

With a planned capacity of 18 million tonnes of coal per year, the Rb34-billion terminal could significantly increase the coal-handling capacities of the Murmansk region and release pressure on existing terminals in the Baltic Sea.

Torsten Gerlach, CEO of the Mining Technologies business unit of thyssenkrupp Industrial Solutions, said it will help equip "one of the largest ports in Russia" together with Latvian construction company LNK Industries.

The terminal project will be completed in two phases, with the first out-shipments expected to take place in 2020. It is expected to be fully operational in 2021.

The project is closely connected with the development of the Murmansk Transport Hub, one of the biggest ongoing infrastructure projects in the north of Russia.

For the project, thyssenkrupp will be supplying two ship loaders, stackers, reclaimers and car dumpers, as well as one combined stacker-reclaimer, several belt conveyors and auxiliary equipment.

The contract also includes engineering and procurement, as well as services for site erection and commissioning. LNK Industries, in turn, is responsible for the design and construction of the conveyor system.

In order to keep dust emissions from the handling site at a minimum, all coal transfer points, wagon unloading stations as well as ship loaders will be outfitted with dust-suppression equipment.