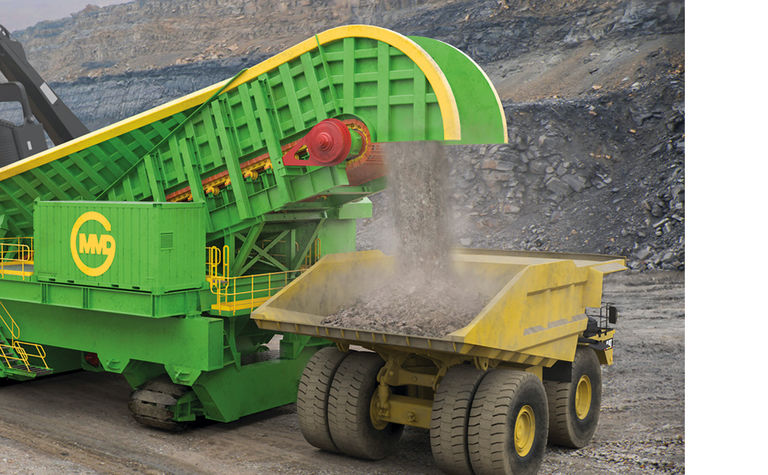 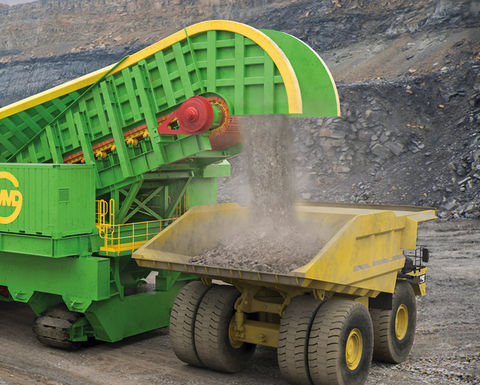 There are those who just talk about innovating - and those who change history. There's no doubt that MMD (Mining Machinery Developments) falls into the latter category. In 2018 the company celebrates 40 years of mining innovation - and in April signed a significant contract to supply the world's first Fully Mobile Surge Loader to a global mining giant.

"Words are cheap and actions are harder," says Lee Hillyer, MMD's Managing Director in Australia. "We've acted, and now the clock is ticking on the delivery of the Surge Loader in the second quarter of 2019. This is no ordinary project - we've brought together a team of real experts to redefine truck-shovel performance in mining operations. We've been working on this project dating back to August 2017 and we've found a customer keen to integrate our technology. They've got some stretching production and environmental goals and we've got the turnkey solutions and credentials to make them happen."

The Surge Loader will transform the way mines operate - delivering instant increases in productivity without the need to invest in more trucks. The project's genesis was seen several years ago, in mines in Colombia and China, when MMD installed a Heavy Duty Apron Plate Feeder at a Colombian coalmine, which accepted loads directly from a dragline. The mine was unable to invest in a shovel, as it would have taken too long to get the equipment onsite. The new system saw trucks queue under a controlled hydraulic feeder unit, which loaded trucks much more accurately (sometimes up to 98%) and more quickly (typically in 75 seconds).

More recently, in China, MMD's flagship Fully Mobile Sizer has clearly demonstrated the huge advantages of a direct partnership with the shovel, allowing material to be continuously loaded into its receiving hopper before being sized and discharged onto a face conveyer. Since the hopper capacity of the station is greater than the cycle time of the shovel, the shovel operator is unable to overwhelm the system.

During early site acceptance testing, MMD saw the transformation in the way the shovel operator worked - hoppers could easily be loaded without any need to stop. In fact, loads of 12-14,000 TPH were seen - an incredible achievement given that shovels waiting for trucks to return and spot typically achieve less than 6,000 TPH. The concept of the Fully Mobile Surge Loader was born - with the option of the unit working directly with a Fully Mobile Sizer (delivering sized material into the waiting trucks) or independently, between the shovel and haul trucks (perfect for moving high volumes of waste). What's more, since it is track-mounted, the Surge Loader is able to advance wherever the Shovel or Fully Mobile Sizer go.

How the Surge Loader will change everything.

The Fully Mobile Surge Loader will transform operations for its new owners. First, it will address the huge backlog of waste that needs to be stripped, and then accelerate ore access beyond recognition. It's also expected to eliminate truck bunching, which has become a consistent problem for the customer.

As the mine develops, incremental relocations during shifts will be quick and simple. If a shovel goes down, the Surge Loader can simply be moved to another shovel for continued operation. If the Surge Loader is unavailable, traditional truck loading can continue whilst the issue is resolved - virtually eliminating downtime. In fact, for the cost of two or three trucks the Surge Loader offers continuous mining. 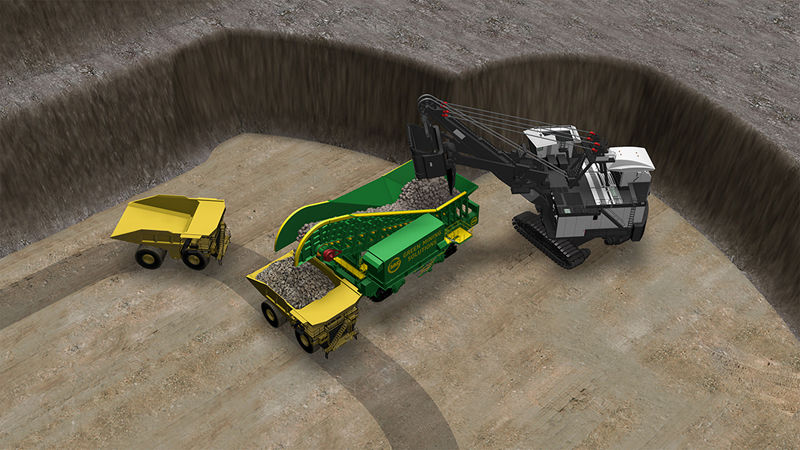 "Shovels represent significant CAPEX and OPEX costs, and yet the efficiency of a shovel rarely exceeds much more than half of its capacity," said David Pitchford, Business Development Director of MMD Mineral Sizing Americas. "We recognised that we could design a piece of kit that could free up a shovels' full capacity and revolutionise the speed of loading trucks. No longer will you need to wait for trucks to return and spot - the shovel operator can continue loading material into the receiving hopper. The Surge Loader feeds trucks faster than a shovel - and more safely too, with less wear on the truck fleet."

In fact, shovel utilisation can be increased to nearly 95%. The operator can reposition the shovel without halting truck loading, and truck drivers enjoy safer and more controlled working environments as they are separated from the swinging shovel bucket.

Using the latest 3D camera technology and RFID sensors, the Fully Mobile Surge Loader can guide trucks into position quickly and easily. Sensors also enable automated start/stop delivery of material increasing the fill factor to each truck. Another key advantage is the Fully Mobile Surge Loaders ability to accurately load the trucks with a specific target payload. These features particularly caught the customer's attention - for the last ten years, they have been developing and implementing driverless truck fleets. Utilising mine automation software, the Surge Loader can be remotely deployed by a single operator, with instantaneous remote control and real-time data being fed back to the shovel. 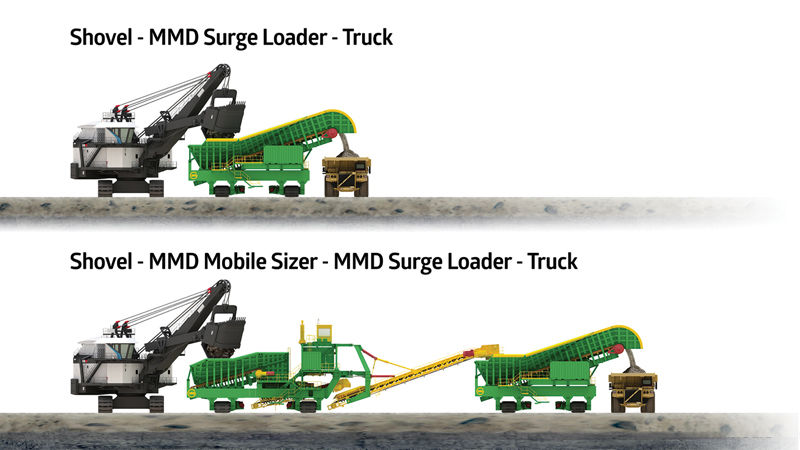 As David Pitchford puts it, "Poor truck or shovel performance has traditionally never been challenged but simply accepted. Why? The Fully Mobile Surge Loader is going to transform everything. It costs virtually nothing to ensure that each truck payload is optimised by improving loading activity, and the benefits to overall production could be staggering."

Advantages of the Fully Mobile Surge Loader at a glance: